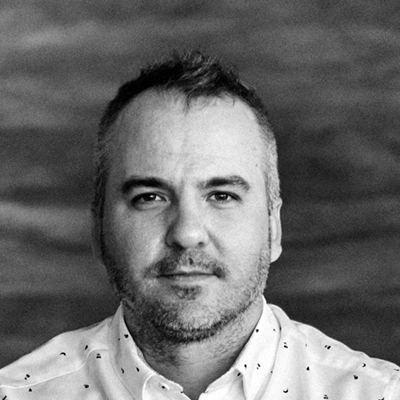 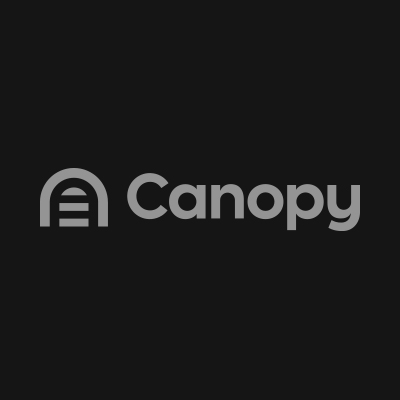 Canopy offers a plug and play system of record for companies to service lending products efficiently and reliably.

A few years ago, Canopy co-founder and CEO Matt Bivons decided to close out a credit card. He called up the credit card company, asked the representative to give him the balance total, made the payment, and assumed that was the end of it.

Until two months later, when he received an email informing him his credit score had dropped 20 points. He called up the credit card company again to point out he’d paid the full balance and closed the card. Actually, they informed him, he hadn’t. He’d had some interest that carried over from mid-cycle; the interest had accumulated late fees; no, they couldn’t tell him exactly how much more he owed—not until the end of the cycle, which wouldn’t be for another month. And sorry, no, they couldn’t do anything about his credit score.

Tens of thousands of people have experiences like these every day. Why? Because banks, credit card companies, and other financial institutions don’t have access to real-time data. “Think about your own card,” Bivons says. “You make a payment. Do you have any idea where that payment was applied? Was it applied to the last item first, the highest interest item? You have no idea. And when you call the bank can't tell you either, because they don’t know.”

A decade of experience in private and public fintech, plus frustrations like these, led Bivons and co-founder Will Hanson to start Canopy, a company that builds servicing infrastructure for fintechs and financial institutions. “Canopy’s platform is providing this level of transparency and real-time data to allow people to make better decisions,” Bivons says. In a landscape where many fintechs are itching to offer more personalized credit and lending products, Bivons knew that better credit servicing was essential.

Historically, fintechs looking to provide credit and lending products had to go through complex and costly regulatory and development pathways to build a single credit offering. Banking cores, the back-end infrastructure that handles accounts management and statements, could quote up to a million dollars in implementation and fees and a 12- to 18-month development timeline. This put loan management and servicing out of reach for most startups.

Bivons was determined to change this. He built Canopy to allow developers to launch—and service—financial products with minimum effort and maximum flexibility. “Canopy began as a safer student credit card,” Bivons explains. “To build the Canopy card, we needed Know Your Customer (KYC) verification, a decision engine, a bank sponsor, and a loan management and servicing system of record. When we learned how expensive — and limited — an LMS would be to license, we decided to build it ourselves.”

The interest from other fintech founders in Canopy’s back end was so great that Bivons decided to pivot and offer Canopy’s modern banking core and servicing automations as a service. He envisioned Canopy’s API powering a cornucopia of new credit and lending products.

The interest from other fintech founders in Canopy’s back end was so great that Bivons decided to pivot and offer Canopy’s modern banking core and servicing automations as a service. He envisioned Canopy’s API powering a cornucopia of new credit and lending products.

“Credit and lending products have largely been the same,” he said. “With Canopy you can customize more than 20 attributes of a financial product. When you combine that with possible variations on an individual attribute, like APR, and you allow for different policies to be applied at the account level, you unlock an incredible variety of lending and credit types.”

Customization, scalability, and simplicity are at the heart of Canopy’s platform. “Our developers designed our platform and act as an extension of the product team,” Bivons says. Their combined decades of experience working for scrappy startups and behemoths like Capital One meant they understood the challenges associated with launching a credit product from scratch and also what it takes to safely migrate very large, complex data sets.  “We want developers and operators of Canopy’s clients to be able to stand up lending products quickly and to personalize those products and not be constrained by the rules of the system or blocked by data migration issues.”

Thanks to his experience in fintech, Bivons knew that systems of record in particular are a barrier to successfully launching credit products.

Thanks to his experience in fintech, Bivons knew that systems of record in particular are a barrier to successfully launching credit products. In addition to an operations team that deals with customer concerns, “you also need a system of record that is immutable, meaning that the data is always accurate, that you can calculate all the rules and policies on a lending product in real time and retroactively. And then you need to extract that data in a compliant way for statements, for bank reports, et cetera,” Bivons says.

Before the launch of Canopy, fintechs often floundered when it came to developing robust systems of record. “It was not uncommon for startups to use Google Sheets,” Bivons said. “That might be fine if you have one customer who's repaying simply, and they repay on time. But what inevitably happens is that a customer misses a payment or calls in, wants to pay off early, wants to add a second product. Now add a hundred thousand users like that. Google Sheets can’t handle that level of personalization; even CQL or Mongo DBS can't handle that level of personalization. You need a system like Canopy’s.”

Canopy’s rising star suggests that the fintech landscape is more than ready for loan-servicing API platforms. TechCrunch reported in August 2021 that the company’s customer base grew nearly five times from February to May of 2021, and in August the company announced it closed a $15 million series A funding round (for comparison, Canopy raised $3.5 million in its initial 2020 funding round).

One driver of Canopy’s growth is the market’s appetite for more flexible credit and lending products. Last year, 91% of all consumer loans in California were BNPL — an indication of the pent-up demand for alternative financing.

One driver of Canopy’s growth is the market’s appetite for more flexible credit and lending products. Last year, 91% of all consumer loans in California were BNPL — an indication of the pent-up demand for alternative financing.

Does this mean infrastructure providers like Canopy are the future of fintech? Canopy is, after all, part of a larger banking stack that includes card issuing, compliance, and collections as a service. Best of breed players like Canopy will eventually compete with all-in-one providers. But as of right now, the lack of a modern core is holding everyone back. “It’s true that Canopy’s partner ecosystem is made up of best of breed providers like Lithic, Marqeta, Plaid, and Stripe,” Bivons said. “But there’s no reason why we can’t be the core inside vertically integrated players, as well. In many cases, we can accelerate their go to market. We’ve had initial conversations with some of the most promising players. At the end of the day, everyone needs a new core. But once they’ve built that core, all the differentiation will come from the products they build on top of it and how they take them to market. Their core then becomes a source of technical debt. Having Canopy service that debt — no pun intended — makes a lot of sense.”